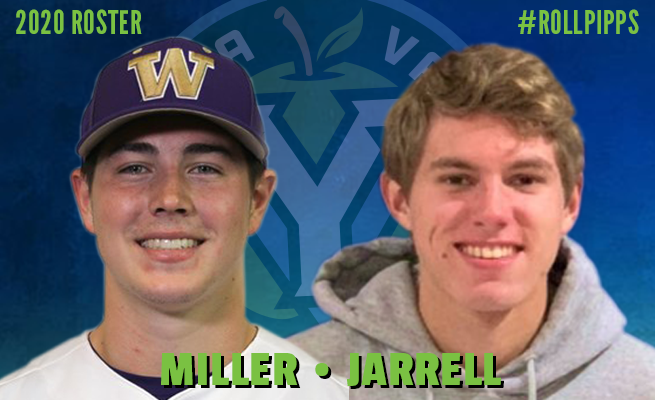 Incoming freshman and Krustangel have history together

Krustangel is already familiar with Jarrell, whose family hosted Krustangel after getting hired for his first teaching position at Bridgeport High School. He also played baseball with Corey’s older brother, JR, at Whitworth University.

Last year as a junior at Brewster High School, Jarrell hit .468 with one home run, two triples and three doubles. He walked 20 times and scored 33 runs, with 19 RBIs during the campaign.

“Corey is a multi-sport athlete that has had a lot of success at Brewster,” Krustangel said, “and I’m excited to have someone I know out there.”

Miller, whose father also played at UW, earned all-conference honors in both football and baseball at Mercer Island High School. For the Huskies, he’s already seen action as a pinch-runner, coming around to score three times, including scoring the winning run against Loyola Marymount in the Huskies’ first series of the season.

“(Washington Associate Head Coach and Recruiting Coordinator Elliott) Cribby speaks extremely highly of him as a defender with a plus bat,” Krustangel said.

“In my experience in four years, you don’t see a lot of UW players in the West Coast League, so it’s nice to have a major representation from a Division I powerhouse like the University of Washington,” Krustangel added.