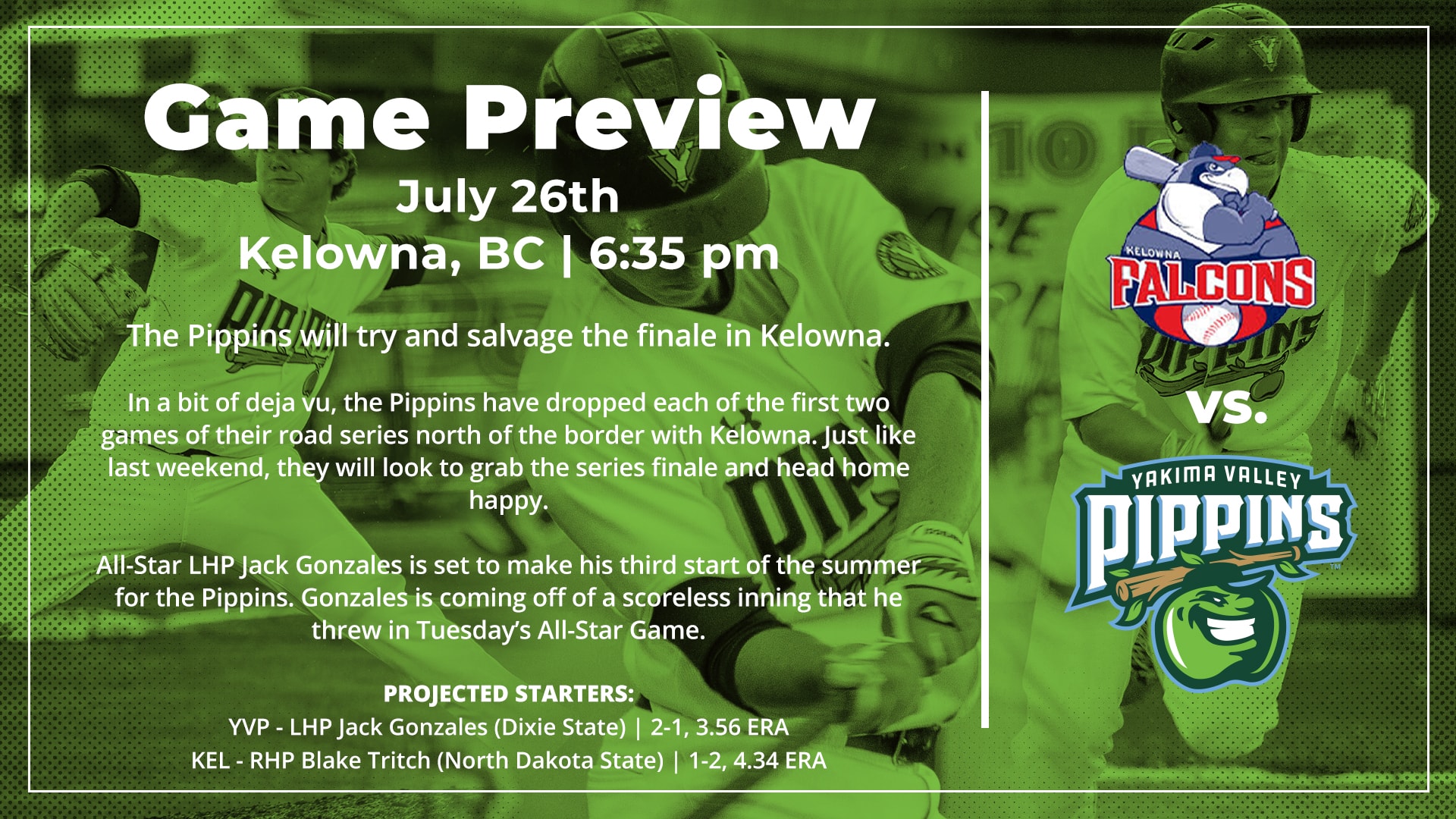 After losses in each of the first two games of the Pippins’ road series at the Kelowna Falcons, Yakima Valley will look to replicate what it did in Victoria last weekend by taking the finale game of a three-game series. First pitch for the series finale is set for 6:35 PM PT, with left-hander Jack Gonzales set to start for the Pippins. He will be opposed by Kelowna right-hander Blake Tritch. Pregame coverage with Miles Klotz begins at 6:20 PM at pippinsbaseball.com/live.

PIPPINS CRUSHED IN SECOND GAME AT FALCONS: After a thrilling series opener against Kelowna on Wednesday, the Pippins were not as competitive in the second game of the series, falling behind 5-0 after two innings and 10-0 after four innings en route to a crushing 11-1 loss, clinching the series for the Falcons. Right-hander Bo Henderson did not have his best stuff for the Pippins, walking 8 batters over 3.1 innings in his second start of the year, and the Falcons pounced, knocking Henderson and reliever Darius Garcia around for 10 runs in the first four innings. The scoring surge was capped off by a booming homer by catcher Ezra Samperi in the fourth. The Pippins were shut down over 5.1 innings by left-hander Nick Nygard, who walked four and allowed three hits but struck out five to keep the Pippins off of the scoreboard. In the ninth inning, with outfielder-turned-pitcher James Shimashita on the mound for Kelowna, the Pippins were able to push across one run on an RBI single from James Bell, but it was too little, too late by that point, and Kelowna was able to close out the victory.

FOR THE PIPPINS: All-Star left-hander Jack Gonzales will make his third start of the summer for the Pippins today to close out the series in Kelowna. Gonzales, who tossed a scoreless inning in Tuesday’s All-Star Game in Bend, was roughed up in his last outing last weekend in Victoria, allowing 8 earned runs over 5.1 innings of 12 hits and 2 walks, while striking out four. Despite this, the Dixie State southpaw has still posted strong numbers this year, with a 2-1 record, 3.56 ERA, and 29 strikeouts over 35.1 innings of work. Opponents have hit .270 off of the Oceanside, CA, native, who threw a complete game nearly two weeks ago in his first start of the summer against Port Angeles.

FOR THE FALCONS: Right-hander Blake Tritch is set to make the start for Kelowna in the final game of the series at Elks Stadium on Friday. A 6-foot-2, 197-pound righty from Chaska, Minnesota, Tritch has made all 7 of his appearances this summer as the starting pitcher, working to a 1-2 record and 4.34 ERA. Over 29 innings of work, the North Dakota State righty has struck out 31 batters, walked 14, and allowed opponents to hit .255 off of him. Tritch won his last start last Friday in Port Angeles, allowing one unearned run on 2 hits and 0 walks, striking out 6 in 6 innings of work.

DANDY DICARLO: With his 1-for-3 performance on Thursday, infielder Nick DiCarlo extended his season-long hitting streak to 9 games. In that stretch, DiCarlo is hitting .363 (12-for-33), with a double, a triple, a home run, 7 RBIs, and has walked 3 times to just four strikeouts. DiCarlo has had two of his four multi-hit games on the season in this span, and has raised his batting average by over 70 points (.214 to .288).

FINE IN THE FIELD: The Pippins did not commit an error against the Falcons in Thursday’s game, making it the third of their last four games in which they did not have a defensive miscue. Prior to Saturday’s second game in Victoria, the Pippins had committed at least one error in every game dating back to June 7 against Wenatchee. With the improved defense, the Pippins no longer rank last in the West Coast League in errors (70) or fielding percentage (.953), with the AppleSox having overtaken the Pippins in both categories.

ODDS & ENDS: The announced crowd of 2,243 in Kelowna on Thursday was the second-largest that the Pippins have played in front of this season, trailing only the 3,783 in Victoria last Saturday…Nick Israel was 0-for-4 on Thursday, bringing his season-long 8-game hitting streak to a close. 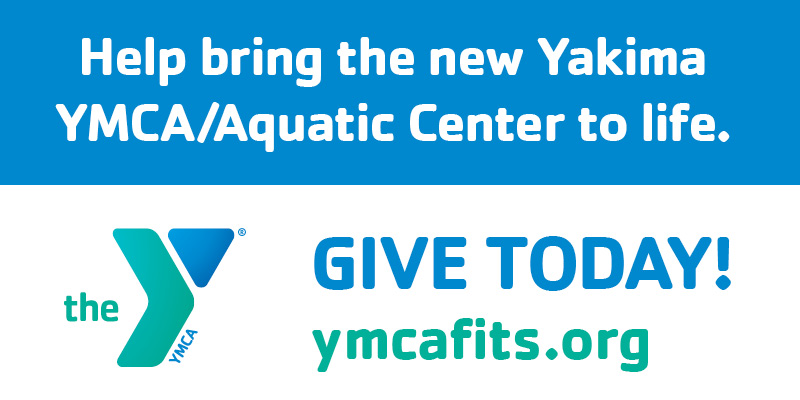